Addison's disease is caused by damage to the adrenal glands, which make hormones to control multiple metabolic processes in the body, and balance body salt and water. Treatment is with hormone replacement tablets and some lifestyle adaptations to ensure patients remain well.
Acromegaly Adult-onset growth hormone deficiency Glossary All Endocrine Conditions Resources for Endocrine Conditions

What is Addison’s disease? 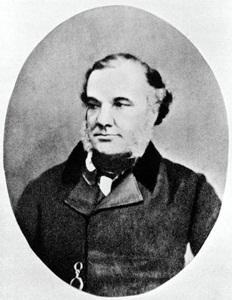 The adrenal glands are triangular in shape, roughly up to three inches (7.6 cm) by one inch (2.5 cm) in size, and one gland sits on the top of each kidney. The outer part of the adrenal gland (called the cortex) makes three separate types of hormone:

Cortisol controls blood sugar levels and is essential to maintaining normal body function (metabolism). It is released by the adrenal glands throughout the day but its production increases in times of illness or injury. Aldosterone is essential to keeping a normal level of salt and water in the bloodstream to maintain blood pressure. Adrenal androgens control some body hair growth in women but have little importance in men.

What are the signs and symptoms of Addison’s disease?

The signs and symptoms of Addison’s disease usually appear very gradually, as it takes months or years for the adrenal cortex to be destroyed significantly enough to cause symptoms. General signs such as tiredness, weight loss, feeling faint, depression and aches in the joints, muscles and abdomen are all common signs of Addison’s disease, but could also be caused by a wide range of other diseases. Nausea, vomiting, diarrhoea and a craving for salt may also be symptoms, developing late in the disease course.

However, there are specific symptoms of the disease which can be useful clues to early diagnosis, in particular the appearance of increased skin colour, just like a suntan. New scars may heal with too much colour around them and this can also be noticed in skin creases on the palms of the hands and inside the mouth. In women, loss of body hair may occur and periods may stop.

Once 90% or more of the adrenal gland cortex has been damaged, there is a very high risk that the body will not be able to cope with illnesses like infection or injuries. When these happen, the patient can become increasingly ill very quickly. This is called an adrenal crisis. Blood pressure becomes very low leading to fainting, blood sugar levels drop and the patient becomes seriously ill with dehydration. If not treated as an emergency, this can lead to death.

The adrenal glands depend on the pituitary gland to work properly. When the pituitary gland is damaged, the adrenal glands do not function because they do not receive stimulation from a pituitary hormone called adrenocorticotropic hormone; in this type of adrenal failure (called secondary adrenal insufficiency), there is no pigmentation of the skin. Signs of a pituitary disorder (such as pituitary tumour) may include loss of peripheral vision, excessive thirst and urination, loss of menstrual periods (women) or low testosterone (men) and development of breast milk discharge in non-pregnant women.

How common is Addison’s disease?

One in 15,000 people have Addison’s disease, so it is a rare condition. Around two to three times more women than men get this disease, because autoimmunity is more common in women. The peak age of the start of Addison’s disease is between 30 and 50, but it can happen at any age. Those people with other autoimmune diseases, such as Graves’ disease, hypothyroidism, type 1 diabetes, pernicious anaemia and vitiligo, have a greater risk of also developing autoimmune Addison’s disease.

There is often a family history of thyroid disease or other autoimmune diseases in people who have autoimmune Addison’s disease. Very rare genetic disorders may cause different effects such as abnormal development of the adrenal glands, problems with production of adrenal hormone or failure of the adrenal glands to respond to the pituitary adrenocorticotropic hormone.

How is Addison’s disease diagnosed?

There may be some clues from simple blood tests, such as a low sodium level or a high potassium level in the blood. Diagnosis depends on showing that the secretion of cortisol is low and that the adrenal glands themselves are damaged. The most commonly used test is called the short synacthen test, where a hormone similar to pituitary adrenocorticotropic hormone is injected into the bloodstream to stimulate the adrenal glands. The cortisol level in the blood is measured immediately before the injection is given and again after 30–60 minutes. For more information on diagnosis, see our information leaflet on adrenal insufficiency in the topical issues section of this website.

If the adrenal glands are healthy, cortisol production in the second sample will exceed a certain level, commonly 500–550 nmol/l (although the exact numbers may vary according to different laboratory methods). By contrast, failing adrenal glands will not be able to produce this amount of cortisol. It is important that this test is carried out under the supervision of an endocrinologist.

Drawing only baseline blood samples for cortisol without injecting adrenocorticotropic hormone to stimulate cortisol production, is only of very limited value in the diagnosis of Addison’s disease as this does not reflect the ability of the adrenal glands to respond to illness with increased production of cortisol.

Patients with suspected Addison's disease should be assessed by an experienced endocrinolgoist.

How is Addison’s disease treated?

Treatment of Addison’s disease is usually managed as an outpatient. It consists of cortisol replacement using hydrocortisone tablets (usually taken two to three times a day) and aldosterone replacement using fludrocortisone tablets (usually taken once a day). The exact medication regime will vary depending on the individual and should be reviewed at regular intervals.

Adrenal sex hormone replacement can sometimes be offered to women because there is some evidence that replacing adrenal sex hormones with a drug called dehydroepiandrosterone might improve sex drive and general wellbeing. However, side-effects such as acne and facial hair growth can occur, and more research is needed in this area because not all studies have shown any benefit to replacement of adrenal sex steroids. Long-term safety of adrenal sex steroid replacement has not been established and, at the present time, such treatment would not be considered routinely. It is not required for men as they also produce the sex hormones from their testes.

When a patient has an adrenal crisis, they require immediate admission to hospital as an emergency. Treatment consists of immediate hydrocortisone injections, fluid and sugar replacement and careful monitoring.

When properly monitored and controlled, there should be no side-effects to treatment. In Addison’s disease the body cannot cope adequately with illness, so people with Addison’s disease will not naturally produce enough cortisol if they become sick. Normally this is helped by doubling their dose of hydrocortisone for three days with any significant illness, stress or surgery.

A Medic-Alert necklace, bracelet or tattoo to alert doctors should be worn by people with Addison’s disease in case they are brought into hospital unconscious. If someone with Addison’s disease cannot take tablets because of vomiting, they need to take the emergency hydrocortisone injection supplied and they must contact a doctor straightaway so that hydrocortisone can be continued to be given by injection. When travelling to places where hospital care may be difficult to find in an emergency, it is essential to carry hydrocortisone for injection and the patient and any companions must know how to give this injection.

What are the longer-term implications of Addison’s disease?

Although Addison’s disease is a lifelong condition, it can be very successfully treated with daily medication and patients can lead full and active lives.

There are no long-term implications provided that tablets are taken, the advice given above is followed, and treatment is regularly monitored (at least once a year). At these visits, checks should be made on the hydrocortisone emergency kit to ensure it is within date of expiry and that patients know how to use this. People with Addison’s disease are at increased risk of developing other autoimmune diseases (such as thyroid disease) and these should be checked for at annual hospital appointments.

Are there patient support groups for people with Addison's disease?

The Addison's Disease Self Help Group can provide advice and support to patients and their families.