Generic and branded drugs - what's in a name?

When we are looking for an over-the-counter or a prescribed medicine, we can choose whether to use a generic or a branded drug. But what exactly is the difference between them?
Laboratory tests Emergency Injection Steroid Replacement Video for adrenal insufficiency patients Glossary All Practical Information Resources for Practical Information 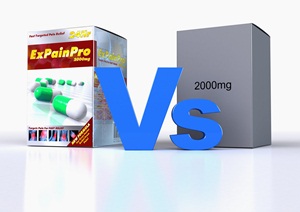 Nowadays we often have two choices when we are looking for an over-the-counter or a prescribed medicine; we can use a generic or a branded drug.  But what exactly is the difference between them?  A well-informed choice could allow us to get the best medicine for our needs and our pockets.

First, it is important to understand the differences in names.  Drugs may have one or more main components that provide the medical treatment.  Each of these components, also called active ingredients, has a unique name to easily identify it.  This is the generic name, for example paracetamol or ibuprofen.  Generic names are chosen by official agencies, such as the International Non-proprietary Names, British Approved Names or United States Approved Names, following specific guidelines.

Drugs can also have a branded (trade or proprietary) name given by the manufacturer or pharmaceutical company to make it recognisable and memorable.  Examples of branded names are ‘Advil’ and ‘Motrin’ which both contain the same active ingredient – ibuprofen.

A company that invents a new drug can file a patent.  A granted patent allows the company to exclusively manufacture and market the drug for a certain period of time under its own branded name.

Once the patent expires, the drug can be manufactured and sold by other companies as a generic formulation under its generic name or under a new brand name.  This means that the same drug may be marketed under several brand names.  The length of the patent can vary among countries. In the UK, patents have a life of 20 years.

Generic medicines (manufactured once the patent has finished) are usually much cheaper because they do not have to cover the cost of research and development, advertising and marketing.  Furthermore, competition between companies to market the same drug can bring the price down.

When new companies start to manufacture a generic drug once its patent has finished, the generic drug in the medicine must contain the same active ingredient as the original (proprietary) brand.  It is important to note that features such as colour, shape, flavour and inactive ingredients (such as coatings or preservatives) may differ between branded and generic drugs.  To ensure a generic medicine, produced by a different company, is equivalent to the original branded one, strict guidelines and tests must be followed.  In Europe, the current guidelines from the European Medicines Agency took effect from August 2010.  Generic drug formulations must meet the same levels of safety, quality and effectiveness as the branded drug and comply with good manufacturing practices and monitoring of adverse effects after the drug has gone to market.

The globalised economy has opened up access to medicines manufactured in different countries.  It is important to consider that not all of them go through the same thorough regulatory process.  Care should be taken to avoid substandard drugs (particularly if ordering drugs on the internet); although manufacturing and marketing may have been approved by a regional or national regulatory agency, they may not meet the same safety, quality and efficacy standards required under UK or European regulations.  Recently, recommendations have been made to China, India, Brazil, Argentina and Turkey to improve their regulations.

There are concerns that some generic drugs used to treat conditions such as asthma, epilepsy, brain disorders, heart disease and skin problems may not be as effective as their branded version.  There are several reasons for the variation in effectiveness. Small differences in inactive ingredients (that are not evaluated in the current tests) can affect the absorption and metabolism of the drug.  The generic version may comply with the accepted range for the rate and extent of absorption of the active ingredient, but this does not mean that the rate and extent of absorption will be the same all the time.  These variations may be important for drugs that have a narrow range in which the drug can be effective, such as phenytoin, drugs with a modified release like theophylline or drugs with combined active ingredients like oral contraceptives.  To address the possibility of unequal levels of effectiveness, a list of drug types that should preferably be prescribed by brand has been included in the British National Formulary.  This is a publication from the British Medical Association and Royal Pharmacological Society which provides doctors and pharmacists with current information on the use of medicines.

The clinical evidence of substituting generic drugs for the original branded version is still controversial. One review of antiepileptic drugs identified some potential problems, while another one investigating cardiovascular drugs showed that the clinical results are similar between the generic and branded medicines.  In cases like this, the UK’s Department of Health has left the final decision to the judgment and experience of the prescribing doctor.

At the beginning of 2010, the Department of Health in the UK held a public consultation for Automatic Generic Substitution.  It recommended that pharmacists should, with some exemptions, substitute branded drugs with generic drugs if branded drugs were prescribed.  This proposal was controversial because it mainly considered the saving costs, as branded drugs tend to be the more expensive option to the patient, health service or the health insurance companies.  These plans have recently been abandoned after concerns were raised about implementation and putting patients’ health at risk.

While a generic drug could be a good alternative to the original branded version, it is questionable whether this change should be imposed.  An informed switch of medication could be agreed between the prescribing doctor, the pharmacist and the patient to achieve the best response to treatment at the best cost.