What are eating disorders?

Eating disorders, including anorexia nervosa, bulimia nervosa and binge-eating disorder, are common conditions where a person has an ‘unhealthy eating style’ which significantly affects their physical and psychological wellbeing.

In anorexia nervosa people are very underweight as a result of extreme dieting or excessive exercise. People with bulimia nervosa have a ‘normal weight’ but have cycles of uncontrollable overeating. During this time, they consume huge amounts of food while feeling out of control and powerless to stop (bingeing), followed by making themselves sick after meals or abusing laxatives (purging) to make up for the food eaten. In contrast, people with a binge-eating disorder have frequent episodes of uncontrollable binge eating but do not attempt to make up for the binges through vomiting, fasting, or over-exercising. As a result, people with a binge-eating disorder often become obese. 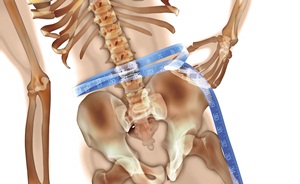 Our eating habits and weight have an important relationship with our hormones. In turn, hormones influence our overall growth and development, bone growth, puberty, fertility, level of alertness, sugar regulation and appetite. In eating disorders, the effects of unhealthy eating styles can influence hormone levels, causing physical and psychological problems.

Metabolism refers to the set of chemical reactions which happens within the body to allow us to grow, maintain energy levels and respond to the environment around us. Several hormones are involved in regulating the body’s metabolism, many of which are severely affected by eating disorders. These hormonal changes are an appropriate response to starvation and will serve to save energy. When an eating disorder starts in early years, it can alter the hormones involved in puberty and growth. Puberty may be delayed and bones may fail to grow, leading to stunted growth and brittle bones (osteoporosis) later in life.

Eating disorders can also lead to low levels of thyroid hormones (hypothyroidism) and people will often feel cold and complain of constipation or dry skin.

Eating disorders can stimulate the production of the so-called ‘stress hormones’, which include cortisol, growth hormone and noradrenaline. These hormones are usually released in higher concentrations at periods of high stress and can lead to sleep problems, feelings of anxiety, depression and panic. Similarly, there is a strong physical response including an increase in heart rate and rate of breathing.

Effects on fertility and pregnancy

Eating disorders mainly affect young people at what would otherwise be the peak of their reproductive lives. Unhealthy eating styles can lead to changes in reproductive hormones that are responsible for maintaining regular periods, sex drive, healthy hearts and strong bones. As a result, some women will have irregular periods, some will stop having them altogether and some may suffer infertility. Men, on the other hand, may lose their sex drive or have erectile problems. This is, again, the body’s response to try to save energy and prevent reproduction in a starving individual. Hormones return to normal levels once eating is back to normal.

In the few cases where pregnancy does occur, eating disorders also have an impact on reproductive hormones during pregnancy, affecting both the mother and baby. Some studies suggest that women with eating disorders are at higher risk of complications around the time of pregnancy, including the need for a caesarean section, postnatal depression, miscarriage, complicated delivery and premature birth. However, most pregnant women who have recovered from eating disorders have healthy pregnancies.

In binge-eating disorder, compulsive overeating usually leads to obesity. Obesity, in turn, causes numerous medical complications such as high cholesterol levels, diabetes, heart disease, gallstones, gout and certain types of cancer. Obesity also causes an increase in hormone levels that encourages the build-up of body fat, thus making it even harder to lose weight. Treatment is focused on psychological change (for example, addressing the emotional reasons why someone feels they have to overeat) as well as behavioural changes, such as healthy eating and regular exercise.

Eating disorders and unhealthy eating styles can have serious physical and psychological consequences, many of which are caused by changes in hormone levels. Understanding this impact is often helpful to sufferers and can encourage people to change their eating styles and seek help and treatment.